Anndy Lian is an all-rounded business strategist in Asia. He has provided advisory across a variety of industries for local, international, and publicly listed companies and governments. He is an early blockchain adopter and experienced serial entrepreneur, book author, investor, board member, and keynote speaker.

Currently, he is appointed as the Chief Digital Advisor at Mongolia Productivity Organization, championing national digitization.

Prior to his current appointments, he was the Chairman of BigONE Exchange, a global top 30 ranked crypto spot exchange, and was also the Advisory Board Member for Hyundai DAC, the blockchain arm of South Korea’s largest car manufacturer Hyundai Motor Group where he looks after the governance and compliance aspects of the business.

He also played a pivotal role as the Blockchain Advisor for Asian Productivity Organisation (APO), an intergovernmental organization committed to improving productivity in the Asia-Pacific region. He advises the Secretariat on the latest concepts and applications of blockchain technologies in cybersecurity and IoT network data integrity across smart factories and upskills the Secretariat staff in blockchain technologies as applicable to productivity.

Anndy was part of the Gyeongsangbuk-do Blockchain Special Committee, Government of Republic Korea, together with industry experts such as Brock Pierce (Chairman, Bitcoin Foundation) and Alexis Sirkia (Founder of Yellow.com), helping the province to grow using blockchain technologies.

He wrote a book titled “Blockchain Revolution 2030” and together with co-authors, Park Young Sook and Shawn Hamnison shared insights on how blockchain technology played an important foundation for the Fourth Industrial Revolution.

In 2022, he was awarded an Honorary Doctoral Degree by the Academic Council of Ulaanbaatar Erdem University in recognition of his contribution to the development of productivity science in Mongolia.

Anndy is also the founder, investor, advisor, author, and board member of several other companies in Asia and Europe. He believes that what he is doing through blockchain technology currently will revolutionize and redefine traditional businesses. He also believes that the blockchain industry has to be “redecentralised”. 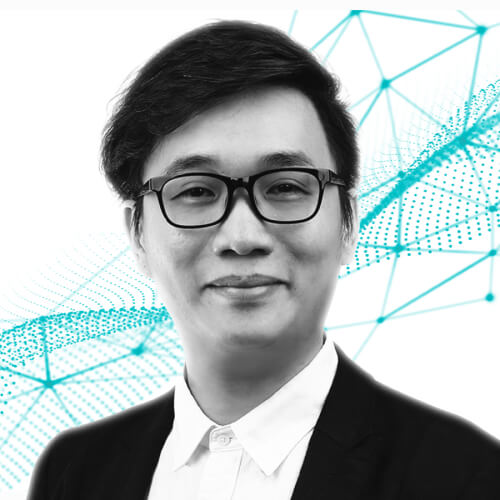 We use cookies to ensure that we give you the best experience on our website. If you continue to use this site we will assume that you are happy with it.Ok. AcceptPrivacy policy